Succeeding With a Lack of Structure: Tips for Working On Your Own (Part 3)

In the last couple of issues of ADDA’s eNews issues, I’ve described the contrast between working in a corporate or group environment versus working independently – at home or otherwise on our own. While we ADDers often gravitate toward the latter, such unstructured environments lack the “safety net” of an external workplace structure (e.g., a boss who keeps us on our toes or team members with a timely bit of support). As such, a key to our success is our ability to build our OWN structures to compensate for those we lack inwardly.

Here is the next article in the series of specific ADHD structural shortcomings or “lackings” paired with ways to build your own structures. And remember, even if you’re employed in an environment with a feisty boss and a great team, these tips will boost your workplace mojo! 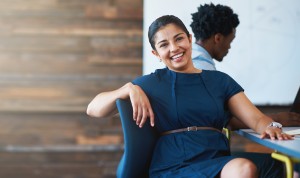 Distractibility: the ultimate lack of mental structure, no? Especially when it comes to getting work done, distractibility is one of the most frustrating of ADHD obstacles. ADHD and executive coach, Nancy Ratey, refers to the “see-do” phenomenon of ADHD distractibility where we tend to flutter off and do whatever comes across our line of sight, regardless of the presence priority tasks we’re supposed to be engaged in. It’s not difficult to see how this behavior can affect prioritization and time management, not to mention overall productivity.

Build Your Own Structure:

The first structure we can build to keep from being distracted is a line-of-sight array of reminders of what we’re supposed to be doing. Once again, thanks to Nancy Ratey, who suggests we put stickies on our computer screen and/or on our desk reminding us of What We Are Doing Now! There are apps that do this as well, sending you “check-in” messages and reminders to stay on task.

Set an alarm for 20 minutes with the promise that you’ll work on that ONE THING at least until the alarm sounds. If something intervenes that you can’t ignore, write a note to deal with it later, because while that intervening thing may be important, it’s still NOT What You’re Doing Now! (Can’t handle 20 minutes? Start with 10, then move up to 15 minutes. You can build your “focus” muscle.)

This list could go on, but you get the idea. Look for external supports for your ADHD brain and you’ll be able to focus more of your energies on what your job demands, not on what your brain lacks.

Alan Brown, creator of the acclaimed ADD Crusher™ videos, was undiagnosed until adulthood and coping with chronic underachievement, substance abuse and worse. Upon diagnosis, he struggled to learn coping strategies from books, so he developed his own strategies. He is also co-author of best-selling 365+1 Ways to Succeed with ADHD.