Fifteen years ago, Duane Gordon was about to lose yet another job. His marriage was on the rocks and he admits, “I was a lousy husband and father.” 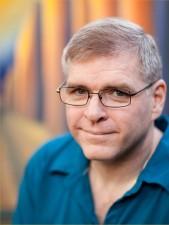 Flash forward to today and Gordon, who was officially diagnosed with ADHD in 1998, can now boast, not only of keeping his job, but of rising rapidly through the ranks and landing on his feet through four mergers and acquisitions at the same company in Montreal for 15 years. It was his wife who suggested he tell his story for ADHD Heroes, he has a good relationship with his two grown daughters, and on top of that, he has rediscovered his love for art and carves out 20 hours a week in the studio.

So how did Gordon turn his life around? It was the discovery of his ADHD at age 33, and ultimately working with an ADHD coach, that helped this Canadian native create a more productive, happier, successful life for himself and his family.

As a youngster, Gordon said his undiagnosed ADHD didn’t prove too much of a problem, probably because, “as weird as it sounds,” it proved to be an advantage that his family moved around the world, living in more than 23 different places while he was growing up. “I never had a chance to get bored,” Gordon said. He managed to get good grades in school though he never studied, and Gordon admits that on nearly every report card the teacher would state he was not living up to his potential, he didn’t pay attention or he often disrupted the class, but he made it through school fairly easily.

Life became much more difficult, however, when Gordon entered the military, attending the Collège Militaire Royal in St. Jean, Quebec. It certainly was not the school he wanted to attend. Always passionate about art, Gordon had won a scholarship to the prestigious Banff School of Fine arts in Alberta, Canada, the summer after high school graduation, but his father refused to allow him to go there. My father felt I’d be wasting my life pursuing art. He said, “You’re going to military college, you’ll get a career, and when you’ve done that, if you still want to paint, then you can pursue art.”

Once enrolled in military college, Gordon soon found himself in trouble of one kind or another. Failing classes when he could no longer get by without studying, and always on extra duty for one transgression or another, the problems became ever more severe. “I wasn’t trying to cause trouble,” Gordon insists. “I wasn’t a rebel. But there were rules like you wouldn’t believe and I was always forgetting stuff. The older I got, the worse it became. Life just gets more complicated. In school, you have teachers telling you what to do, you have your mother telling you what to do, but once you are on your own, it all falls apart. At least it definitely did for me.”

And trouble continued to nip at Gordon’s heels when he graduated from the military college, and shortly thereafter, left the military altogether, but couldn’t hold a job. “I will say one thing for the military… when you have ADHD, that much structure in your life can be a big help. Once returned to civilian life, I wouldn’t follow directions, I would yell at my bosses and get fired, or get bored and quit,” Gordon said. Married by now, with two young daughters and personal and financial commitments, Gordon admits “it would drive my wife insane.”

For example, in 1988, Gordon flew from Montreal where he and his family had been living, to Newfoundland for a friend’s wedding and while he was there, without consulting his wife, he applied for a job as a teacher at a local college. “I returned home only long enough to help my wife pack up our belongings and move clear across the continent to teach school.” Eight years later, which was actually a record for Gordon, he decided, once again, to switch gears, and this time become a computer programmer. So again the bags were packed and the family returned to Montreal. “My wife agreed only because her family was living in Montreal and she was happy to be returning home,” Gordon said.

All went well in his new job, too well, because soon Gordon was promoted to a managerial position, and then once again, he found himself at risk of being fired. “I could barely manage myself, let alone be in a management position,” Gordon said. In the meantime, Gordon had figured out he had ADHD when his then six-year-old daughter was diagnosed. He and his wife were reading “Driven to Distraction,” by Dr. Ned Hallowell to understand what their daughter was living with. “My wife and I immediately recognized my symptoms, perhaps even more than my daughter’s (after all, she was just getting started).”

When Gordon was officially diagnosed, he began taking Ritalin, and it helped, but didn’t solve the problem, he said. “We always say ‘pills don’t give skills,’ and I’m a prime example of that.” Now, with his job, his marriage and pretty much everything else he had worked for at risk, Gordon decided to apply for a study on the effects of training and coaching for people with ADHD which he had seen advertised in the local newspaper.

It was expensive, Gordon said. He had to undergo extensive testing and be re-diagnosed, and then once accepted he had to attend classes which, while educational, didn’t seem to change much. He still he found he was unable to apply what he had learned to his life. Finally, at his wits end, Gordon visited the psychologist heading up the study and asked him if he was crazy. “I don’t know what to do,” he told the doctor. After assuring Gordon he wasn’t crazy, he recommended Gordon hire an ADHD coach. The results were “phenomenal!”

“It was really just taking the stuff I’d learned and step-by-step putting it into practice in my life,” Gordon exclaimed

Gordon said he went back to work and explained to his boss about his ADHD, and agreed to take a demotion and the pay cut that went along with it. But working with his coach to improve his performance at work, in less than three months, he had his old salary back and more, along with a promotion to a more senior technical position rather than in management.

Gordon also found that with coaching, he was able to create systems to better manage his finances, his relationship with his wife soon flourished, as he was able to become a responsible, reliable partner instead of one extra kid his wife had to care for. Working with his coach, he soon began to recognize his strengths and weaknesses, and learned to use his strengths more and avoid, delegate or manage his weaknesses so they would no longer be such obstacles to success. “Before and after coaching was like night and day,” Gordon said. “It’s not a panacea, and it’s not easy, but there are ways for you to really turn your life around if you want.” 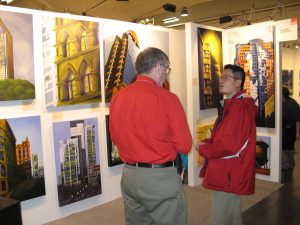 In addition, Gordon is now a successful artist. He had completely given up art that fateful day when his father sent him off to military college. It was his wife, who hadn’t known about his artistic talents, who surprised Gordon with drawing classes as a Christmas present after noticing him drawing animals at his daughters’ request. “I remember her asking, ‘Did you know you could draw like that?’ before I explained why I’d given up art.”

“After much hesitation, I went to the drawing class and never looked back,” said Gordon, who has had numerous exhibitions and shows over the last few years. He said he thrives on the rush of ideas. “For me the ideas have always come so fast. I’m overwhelmed by them,” said Gordon, who believes his ADHD probably plays a role in his mental hyperactivity. “In fact, I will never live long enough to paint all the ideas I’ve already had.”

“It’s not the ideas, people appreciate though,” Gordon said. “Every ADHDer can vouch for the number of ideas we have that never become reality. You have to create something from your ideas. That means you have to carve out time in your schedule. You have to stop procrastinating. You have to get your paint and your brushes and get your butt in the studio. You have to get started, and then you have to keep at it until you’re finished. There’s work to be done if you’re going to create anything,” he said.

On weekends, Gordon is in his studio at 7 a.m. and during the week he hits the studio as soon as he gets home from work after grabbing a quick bite to eat. “Believe me, I have every excuse in the world not to make time for my art,” Gordon said. “I have a full time job, I have a wife, kids — lots and lots of reasons not to do this. It would be so easy to let my ADHD take control,” Gordon admits. “It would be so easy to procrastinate or watch television, or give in to that voice that says I don’t feel like painting tonight.”

But now, Gordon has learned how to manage his ADHD. He has learned to appreciate the gifts of ADHD and to overcome the struggles. Returning to his painting is just the icing on the cake.
“Painting makes my soul sing.” 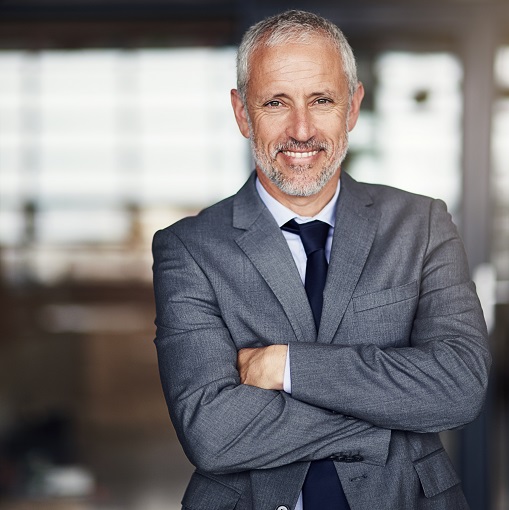